This article explains how the backup of Shared Data in Google Drives is carried out by Druva inSync.

Within the inSync profile -> SaaS Apps -> Google Drive -> a checkbox labeled as “Backup shared data owned by other users” allows you to back up the data that resides in the “Shared With me” section of the user’s Google Drive. Check the screenshot below: 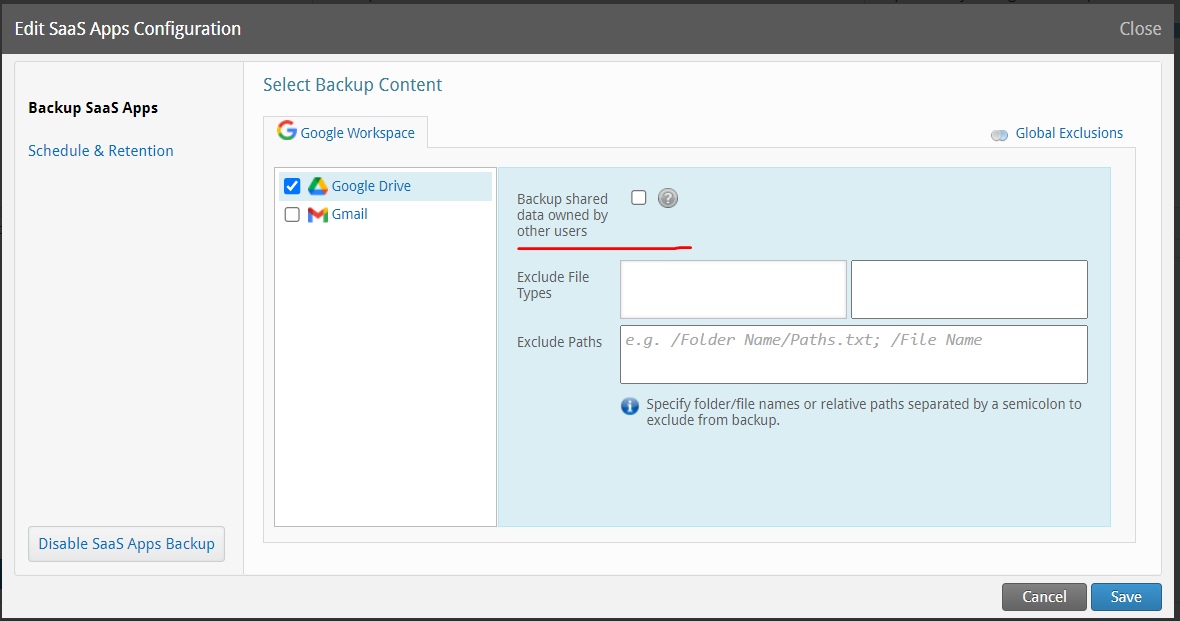 A Folder is shared between the users and Backup of shared data is disabled in inSync:

Let’s take a look at the following example:

Folders are not shared. Files are shared directly from My Drives. 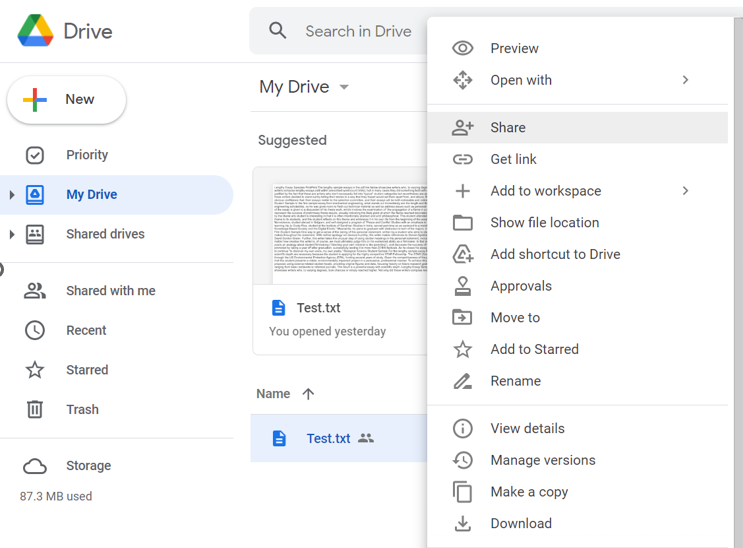 Thus, with the deduplication process, the storage used will not multiply, even if the Backup Shared Data checkbox is selected.

In case of storage statistics discrepancies for Google Drive backups, ensure to check all of the above listed information.

If this does not help answer the discrepancies, then please reach out to Druva Support for further investigation.